Fantastic service ordered my Vanquish 540 on Saturday and it arrived Tuesday afternoon. The members..

What a Great place to buy from. Easy, Fast and Professional ! Bought an SEF coil for my husband and ..

Ordered the detector on Thursday received it Friday! A true Next day service. Detector arrived and .. 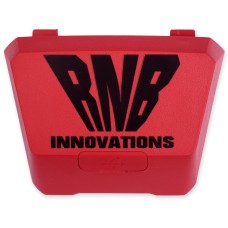 Detect for Longer With The RNB Powerpack for Minelab Vanquish

With its Lithium Ion technology, the pack has given over 30 hours detecting on a single charge. This means that weekend rallies, or remote camping trips are no problem for the Vanquish user, with enough battery life to last for days of detecting.

The power pack can easily be recharged, without removing from the detector, via a standard Mini USB lead, from any USB power source, such as a phone/camera mains charger, in-car USB adaptor or external power bank. Simply plug the lead into the USB port, under the rubber seal on the front of the unit. The red LED indicates charge in progress. The green LED indicates a full charge on completion.