I bought the Equinox 800 from CMD , after a recommendation from a friend , Craig helped me out in t..

Ordered a cs3mxi pro yeterday afternoon and received it 1pm today. Brilliant service thanks a lot...

Ordered 25/5/15 It arrived this morning well packed and a fast delivery well done ... 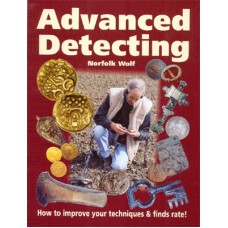 John Lynn, better known as the 'Norfolk Wolf', has become one of the country's leading authorities on metal detecting. His many years experience and no-nonsense style of field testing many different metal detectors, coupled with his ability to explain in simple terms the less understood principles involved in metal detecting, has lead to him being a sought after detecting 'guru' by many people, most of who had considered themselves experienced detectorists.