I used Crawfords to purchase my Minelab Safari about a year ago now and I have since used the intern..

freindly service, will always give crawfords the first chance. Thank you...

hi although I have only purchased 2 items from Crawfords upto date I have found Crawfords services t.. 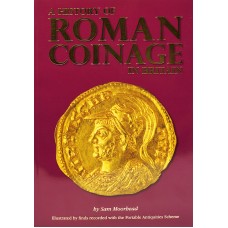 Finally, a Roman coin book that enables the serious amateur a quick and clear way to identify the Roman coinage commonly found in Britain. This book is also an excellent starting point for anyone wishing to take Roman Coinage research to a more serious level as details of  the coin & emperor etc are provided in great detail. With over 1600 colour photographs this is the only book on Roman Coins you will ever need!
Written by Sam Moorhead of the British Museum, this book provides a chronological overview of Roman coinage from the Republican period (300BC) to the early 5th century, with an emphasis on Roman coinage used in Britain. The text provides an introduction to the history of each period and then outlines the coinage (denominations, mints, contemporary copies etc.), using Portable Antiquities Scheme (PAS) and British Museum (BM) coins as illustrations. Throughout, indications are made of the numbers and distribution of particular Roman coin finds in Britain.
Over 800 coins are illustrated in over 1600 colour photographs showing both obverse and reverse for each coin. There are also over 30 distribution maps.    224 pages, A4 - ONLY £25